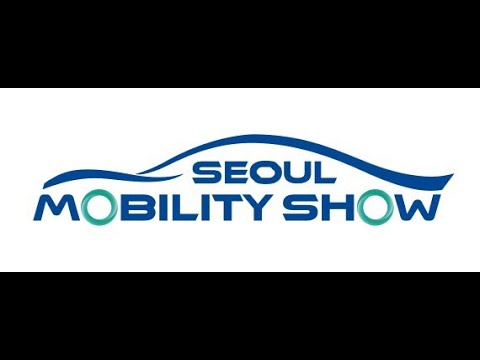 Seoul Mobility Show is one of the biggest shows in the automobile industry in Korea. We visited it on 26th November. There are more concept cars and electronic vehicles than before.#2021SeoulMobilityShow, #Koreacarmarket
1 view0 comments 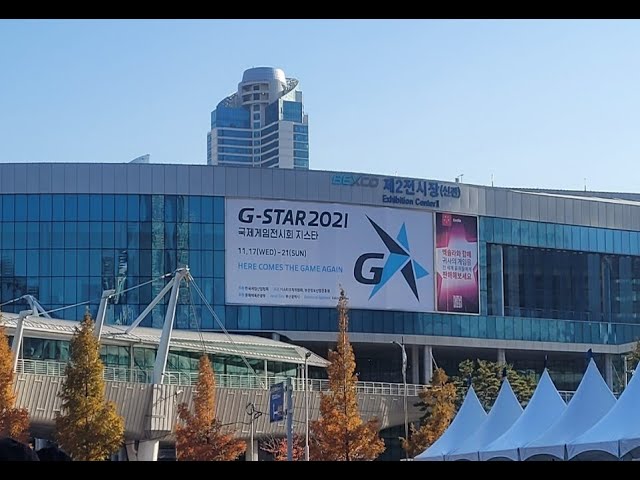 One of the staff visited G-Star two weeks ago. Here is a quick review movie. #GStar#gameshow#korea
2 views0 comments

Does OTT services compete or help each other?

The online cinema service, also known as OTT (Over-The-Top) service, has become increasingly popular and widely used in Korea as a result of the increasing demand for smart devices. The people can use the service whenever they are free and wherever they are. Since they do not need to visit a movie theatre, they can also prevent themselves from being infected by the coronavirus. In the annual report of the Korean Film Council (KOFIC), it was mentioned that the OTT services gen
8 views0 comments

Korea movie market during the pandemic in 2021

In 2019, the Korea Film Council (KOFIC) determined that the Korean film market was $5 billion. In the report, it was mentioned that there were over 226 million moviegoers, surpassing the 200 million mark set before. The IHS Market, during this year, published that the South Korean customers watched about 4.37 films per capita that were included in the world's highest ranks. Meanwhile, there were about 3.51 films in the United States. The Screen Australia, in 2019, described t
24 views0 comments

The movie market in Korea is slow but we start seeing more local and foreign movies are coming to the theater in the second half. How about you #mrx and #marketing folks? How would you like to watch a movie once you feel safe enough? Definitely go out to theater Selectively go out to theater No, stay home and watch OTTs Please spare your time to take this survey below, https://www.linkedin.com/posts/jayahn_mrx-marketing-movie-activity-6820553008913498112-51sU
9 views0 comments

The use of YouTube is a must for today's generation. People are gradually using YouTube in a passive and active manner as they can access various information as well as entertainment elements through YouTube. YouTube is the information platform with the largest increase in utilization compared to last year (67.3% increase) Recently, SNS including YouTube is emerging instead of search portal sites. Among them, the biggest reason why YouTube is in the spotlight is that you can
23 views0 comments

DRK thank you all our clients

Starting from December 2020, transparent plastic bottles should be collected separately. Apartments should follow this rule from December 2020 and detached houses from December 2021. It is part of ESG's activities, and there are more activities rising. For example, PB and low-cost bottled water brands sold in supermarkets have removed their brand labels. And these brands deserve to have an opportunity to position as an ESG brand. Since there are no labels, it is also a great
8 views0 comments 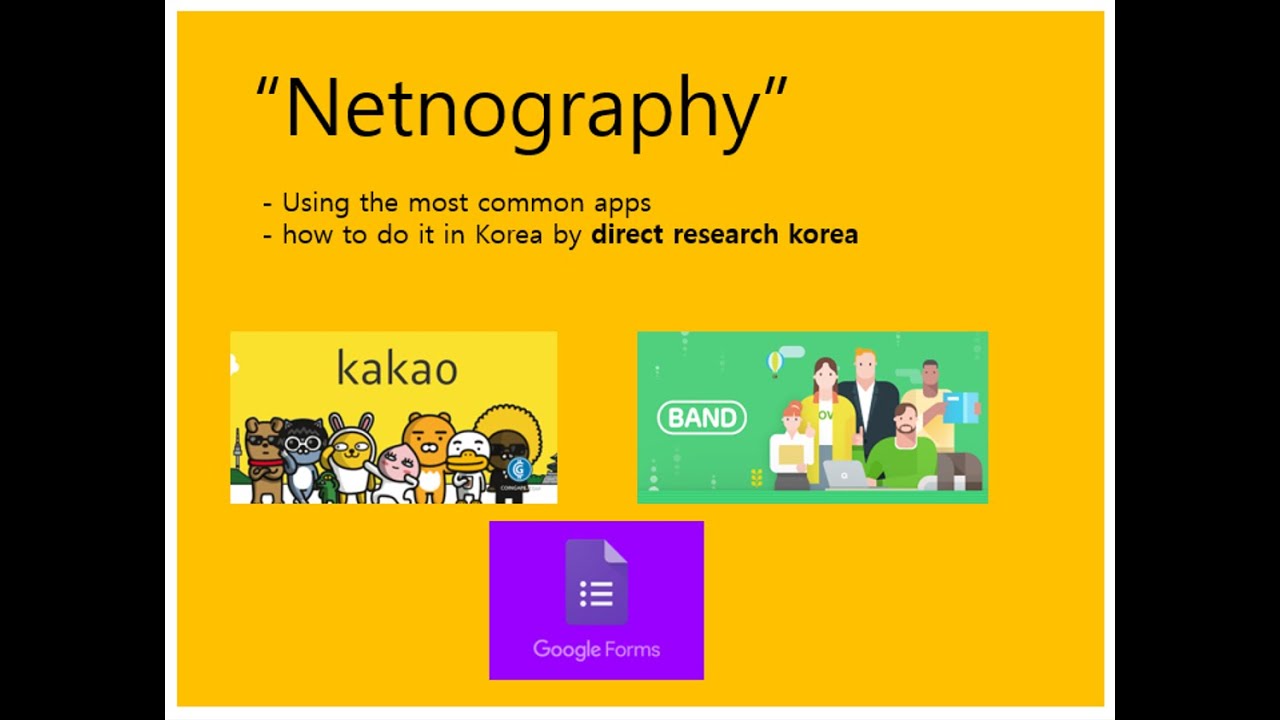 [Netnography] How to do it in Korea?

Thru the pandemic period of 2020, we were not able to meet people face to face. So, it impacts on fieldwork of market research in general. Even before the pandemic, netnography was there in the market research area but it has become now the major methodology of qualitative market research. We used the most common communication apps in Korea to design own our way to do the projects. I understand there are some good commercial platforms which optimized for market research purpo
20 views0 comments 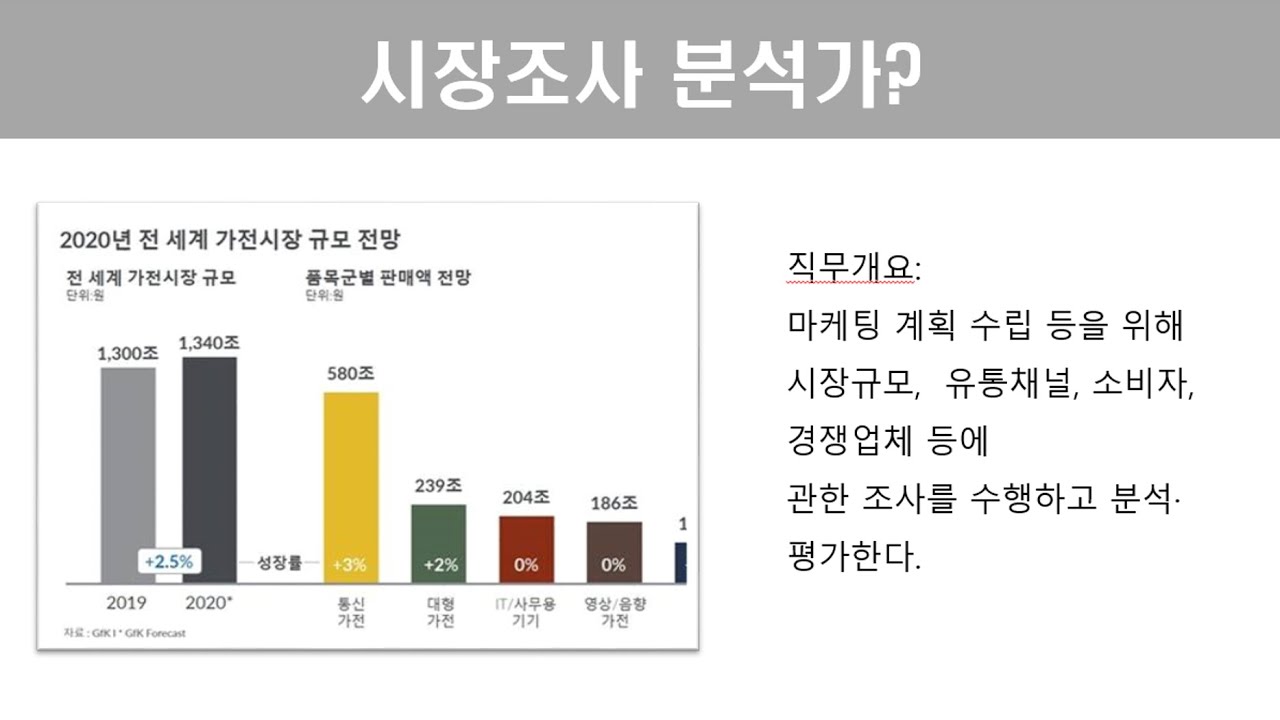 [MarketResearch101] what does a market researcher do?

There was a big challenge to the market research industry in Y2020. We used to 'Contact' to respondents to interview. Due to the pandemic, we had to 'Untact' via Zoom through this year. Direct Research Korea has been executing market research projects online. It was that more projects were done online than anytime before. We are around the corner from 'Untact' to 'Ontact' for our market research project in Y2021 moving forward. Our new practice will be released in January, su
11 views0 comments 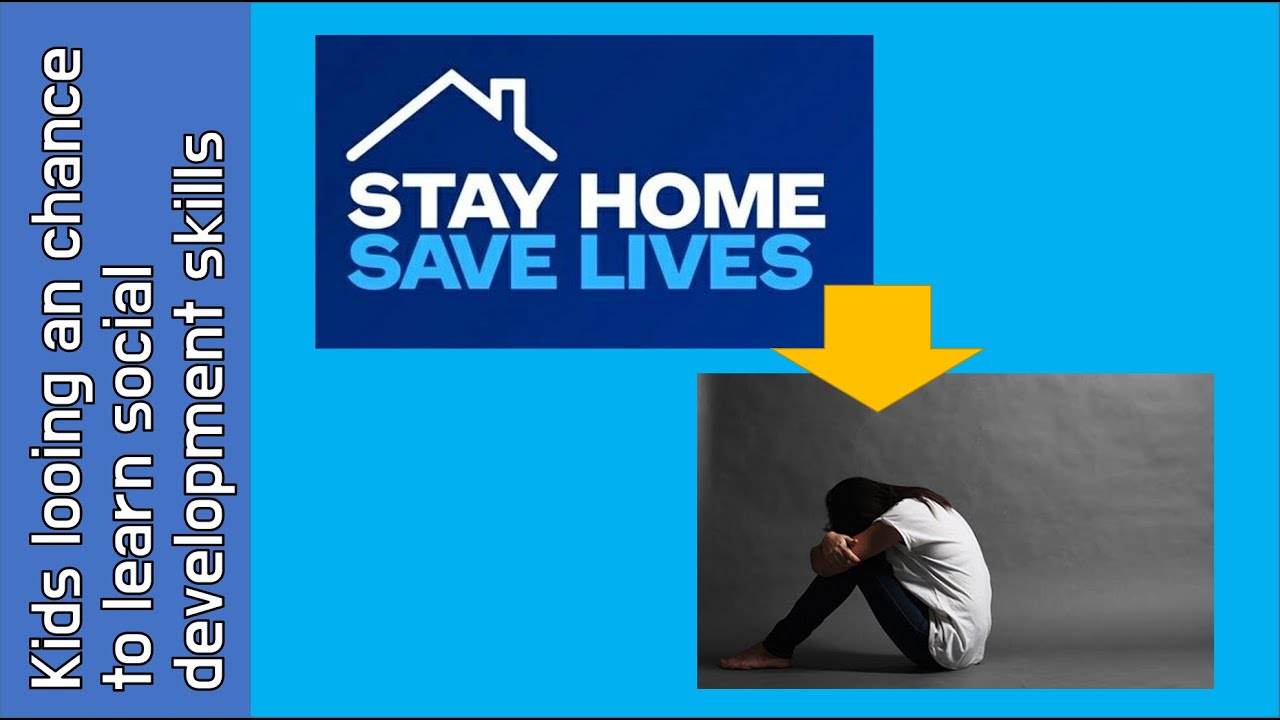 [Education] The main value in the education sector in 2021 will 'developing social skills'.

The Seoul metropolitan government* conducted a survey of 1,000 parents having their kids aged below 14 years old. It is about the kid's education and lifestyle change during the pandemic. Parents squeezed more time to secure extra time for their kids. And, the mother contributed more than the father to secure the care time. Due to the long pandemic, parents now worry more about kid's social development than protecting them from the COVID19. The pandemic created a new term
56 views0 comments

[Education] The core value of public education will be social skill development in 2021.

The Seoul metropolitan government* conducted a survey of 1,000 parents having their kids aged below 14 years old. It is about the kid's education and lifestyle change during the pandemic. Coincidently, the Pew Research Center conducted a survey with a similar survey with K-12. So, I will compare some of the results with the Pew's outputs. Parents squeezed more time to secure extra time for their kids. And, the mother contributed more than the father to secure the care time. D
58 views0 comments 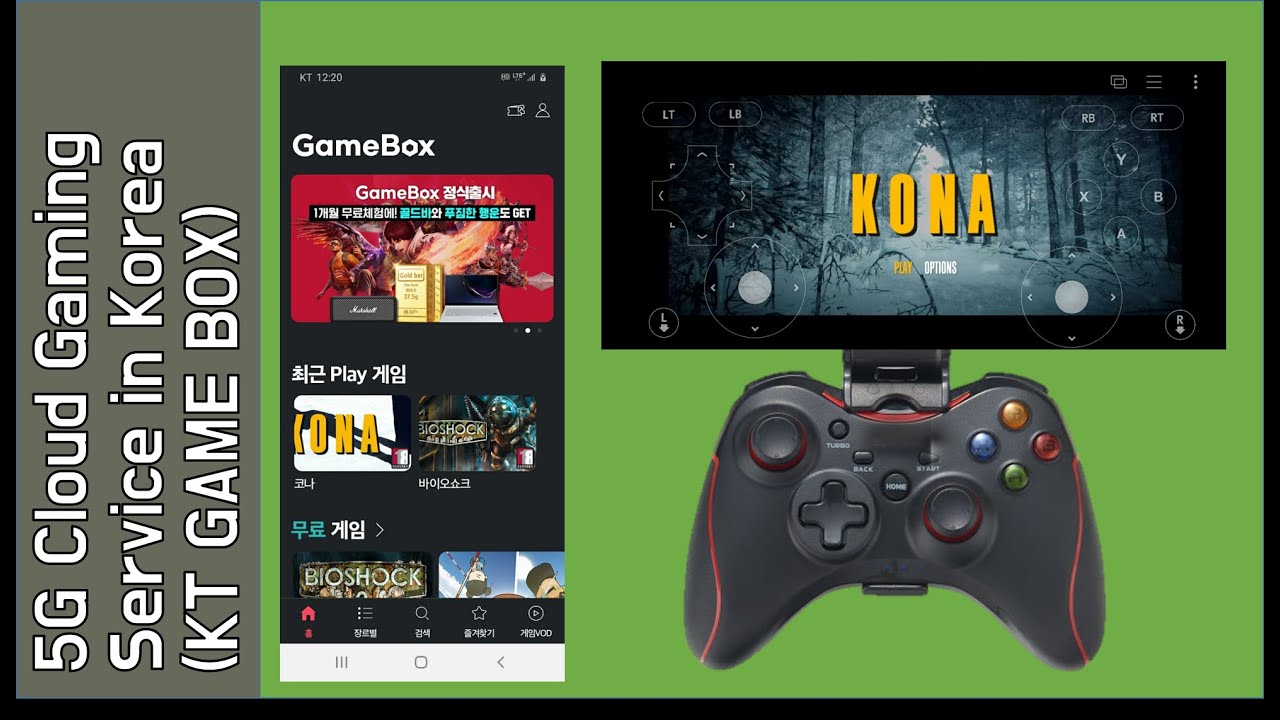 KT renews their cloud gaming service on the 3rd week of August. The company hold around two weeks to revamp the UI and UX for the gaming platform experience. Fun part 1) Smooth play with 4G LTE. 2) Some free games available. 3) Good support Joystick Barriers for me 1) Consume data very fast. 2) Many 18+ adult only games. Violent games. 3) Still prefer to use my Nintendo Switch. Note. I only play 4~5 games and didn't jump into heavy loaded graphic scenes. #Korea#MarketReserch#
11 views0 comments

Suit Market shrinks in Korea(but, what is the suit to you?)

Suit Market has been decreased last 10 years. There are some important turning points. Cool Business Suit culture starts from the early 2010s. It was initiated by the government since we have to care about CO2 reduction nationwide. It influenced immediately big corporations in Korea and the companies allow employees to wear casual business shirts and pants. During the time, the tie market disappeared first and in the long term change the term of the suit. In Korea, we are req
9 views0 comments 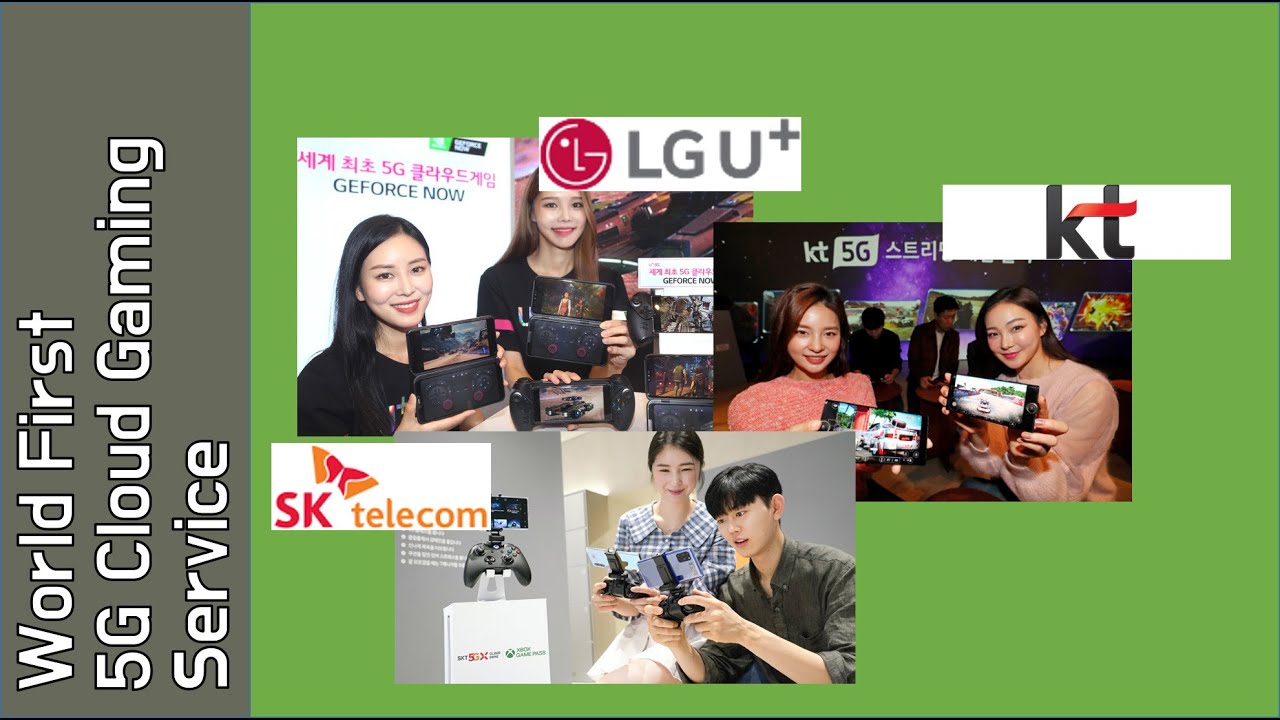 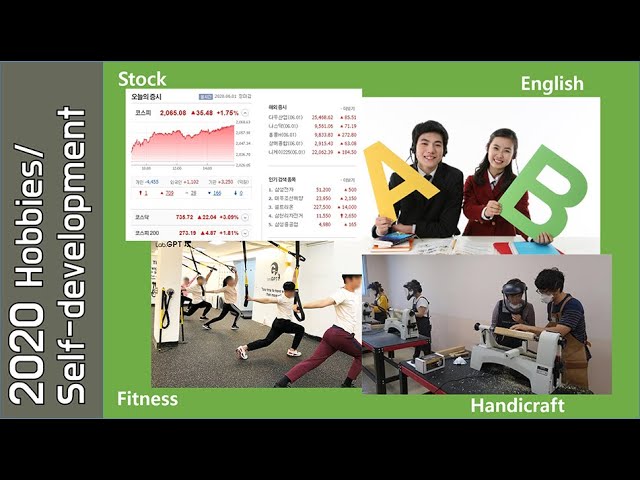 Before you start a market research project in Korea, please visit here and check what you can find. There are more than 2,500 projects old and latest qual/quant datasets available free here. https://kossda.snu.ac.kr/ If you need language support, please contact us! #freedatasets #korea #marketresearch
33 views0 comments